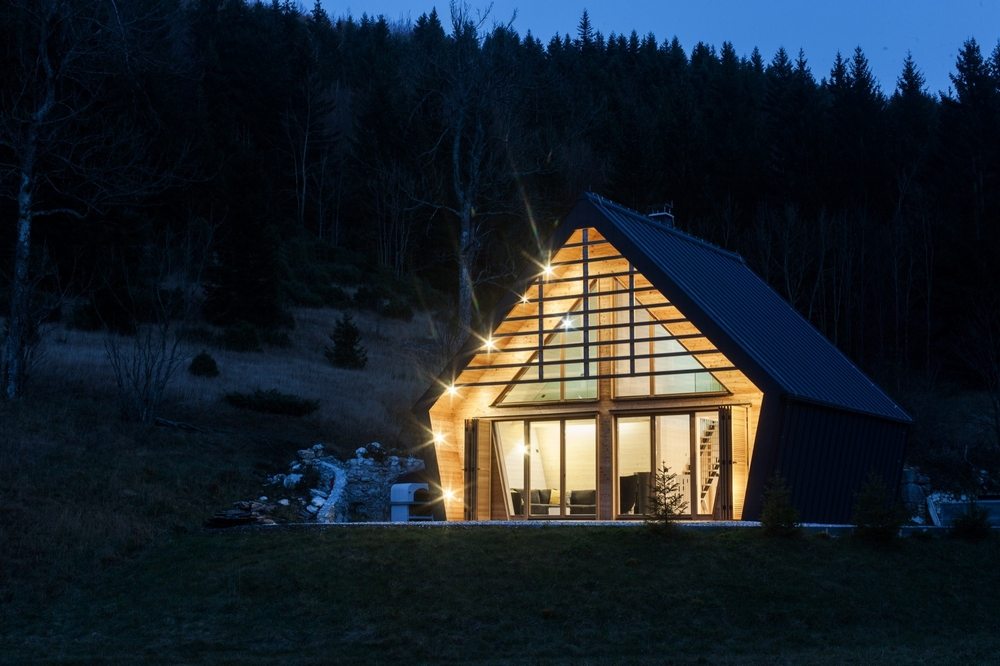 Kanji Dol, Slovenia –  studio PIKAPLUS Built area:    82.0 m2Year built:    2015Photographs: Miha Bratina The Wooden House is a striking hexagonal house in the middle of undulating hills. Its backdrop, a lush evergreen forest, makes the house picture-perfect. Both inside and outside, the structure is clad in timber. The material was chosen for its ability […] 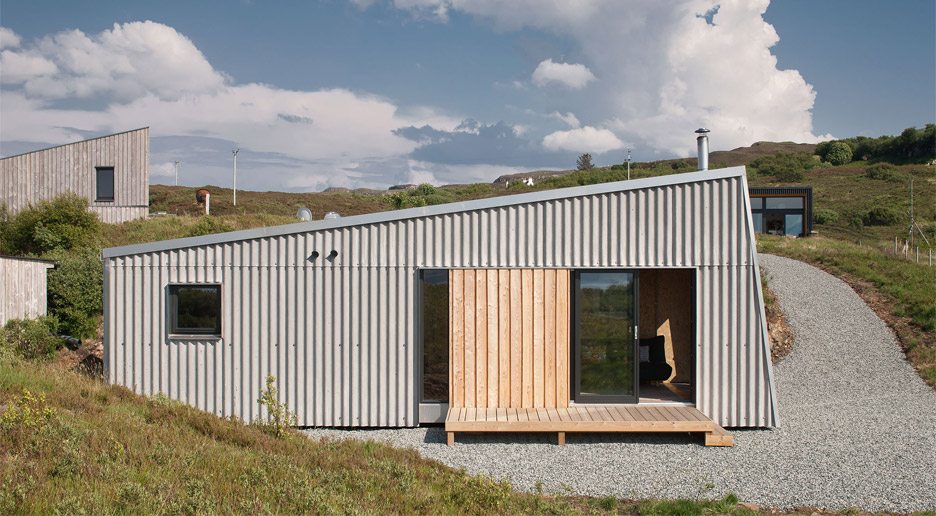 The Transatron Project by Patrick Buckle 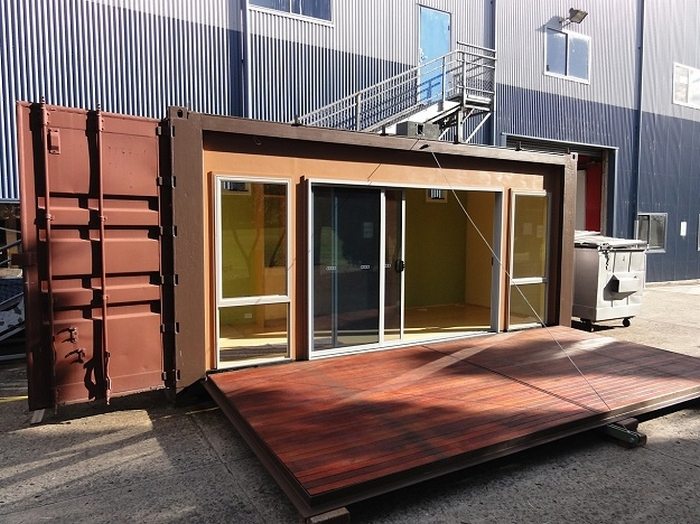 Having purchased a small vacant block of land I was keen to find an affordable and comfortable solution to make use of the beautiful mountain location and escape the city for weekends and holidays. After a career of building things to be delivered quickly and efficiently in theatre, I began a search for compact and […]

Two tents with a twist 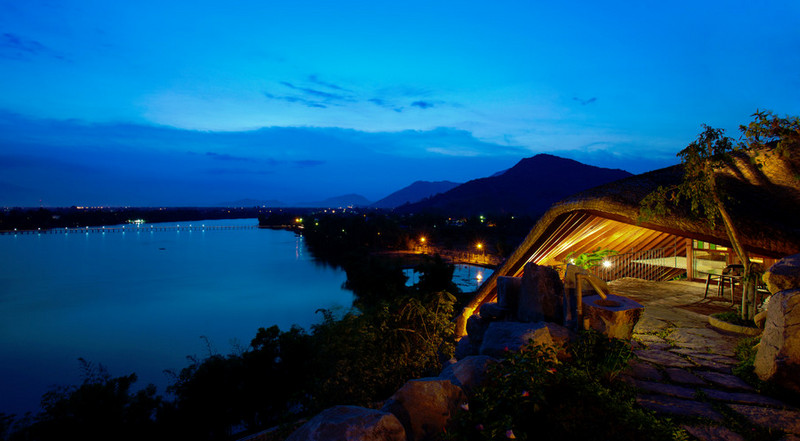 Bullio  NSW  Australia  –  Benn and Penna Architecture Year built:     2013 There are some places in Australia where the risk of bush fires is ever-present. When the bush burns, it does so at a terrifying speed since the native eucalyptus exude a highly flammable oil through their leaves. Houses need to be designed […] 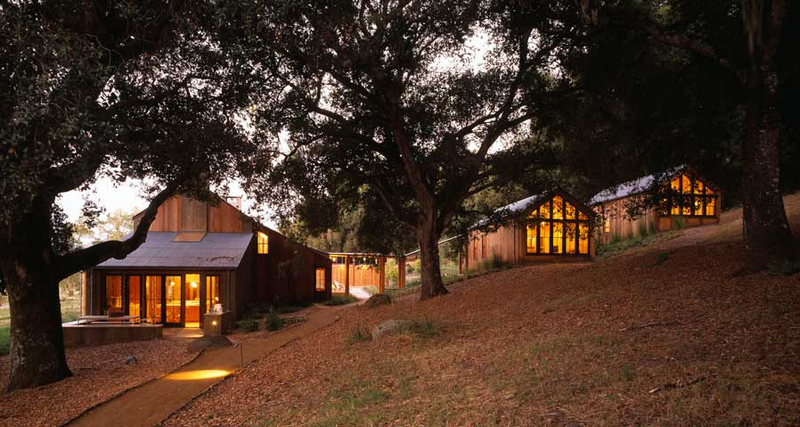 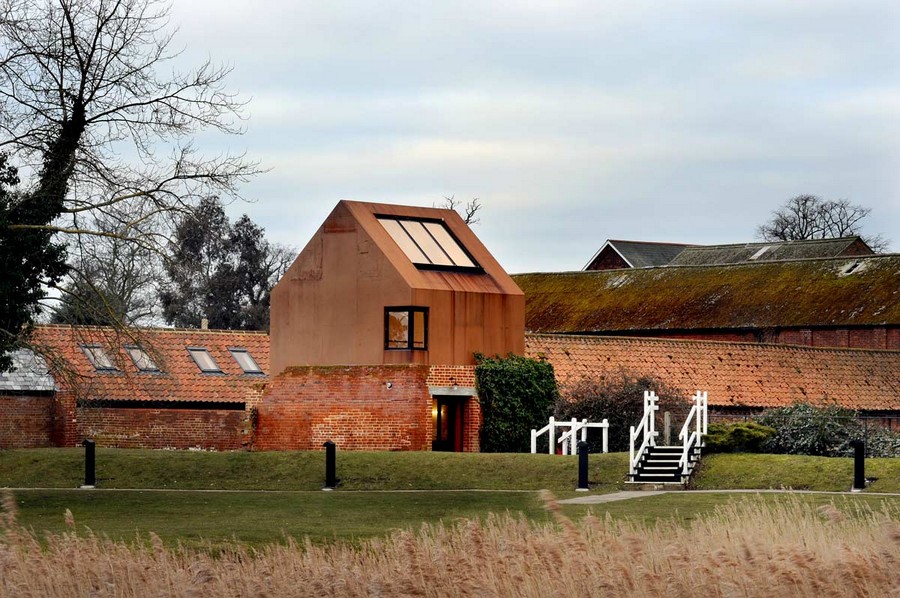 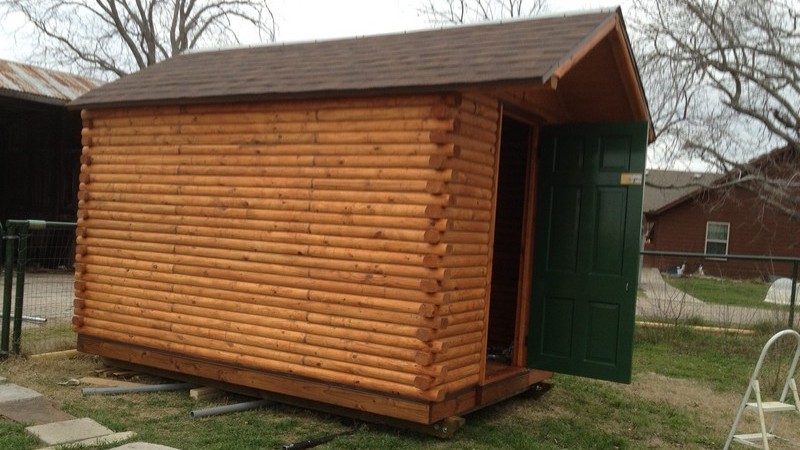 After a long week of work, we deserve a nice and quiet place to escape. How about this tiny cabin? We love log cabins. They are durable and they are a wonderful depiction of a time long gone and life more natural. You don’t necessarily have to make your city home into a log cabin, […] 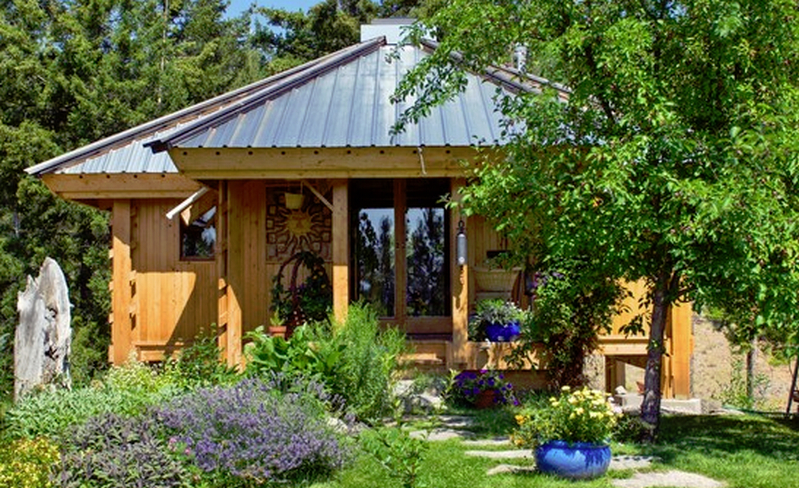 Reading room? Home office? Playroom for the kids? Artists’ retreat? Sewing room? There are lots of ways to use this tiny cottage. Who doesn’t want to have his own private space and be away from the madding crowd once in a while? Well, if you work at home, love reading, or are into crafts, this tiny […] 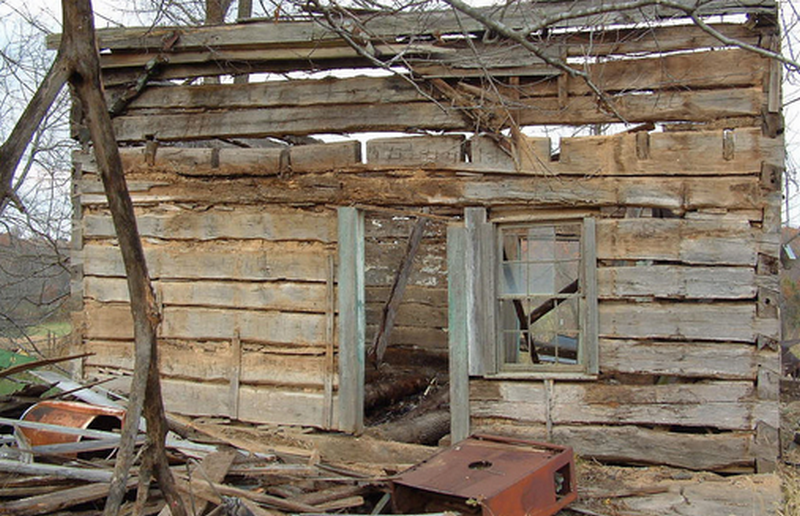 Somewhere in America Built:     1830  (approximately) Restored:     2003 – 2013 We don’t know much about RR other than that he is a retired mathematician.  Some 10 years ago he stumbled across the ruins of an original settler’s cabin. Although most of the cabin was unsalvageable, enough remained to inspire RR to […]

The Many Faces of a Polyhedron 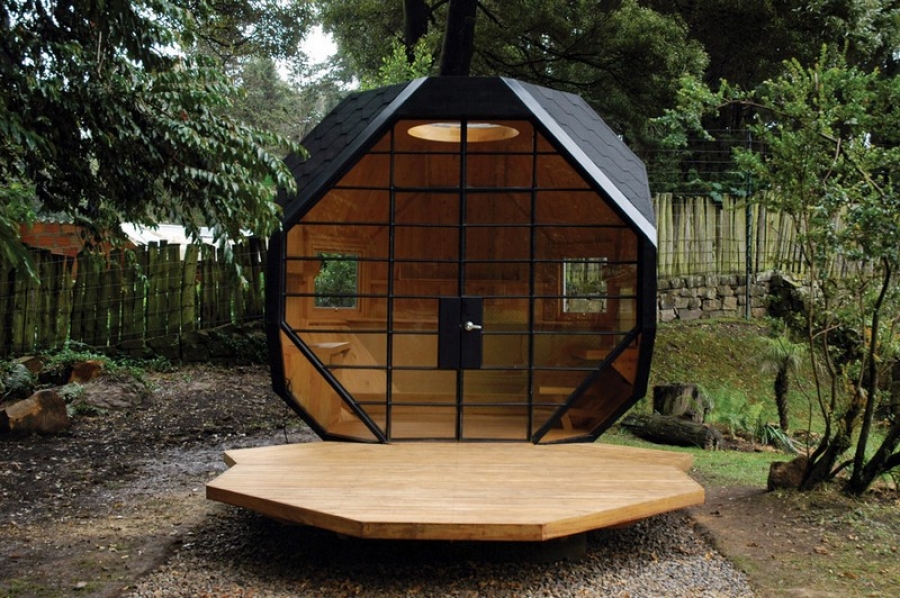 Habitable Polyhedron Bogota Columbia – Manuel Villa Built Area:     7.5 m2 (81 sq. ft.) Year Built:     2009 Photography:  Sergio Gómez Originally designed for the backyard of a couple with a young child who wanted a “shelter” while enjoying the outdoors, the Habitable Polyhedron obviously has many possible uses.  Guest accommodation, a home office or a […]

COTH… Cottage on the Hill 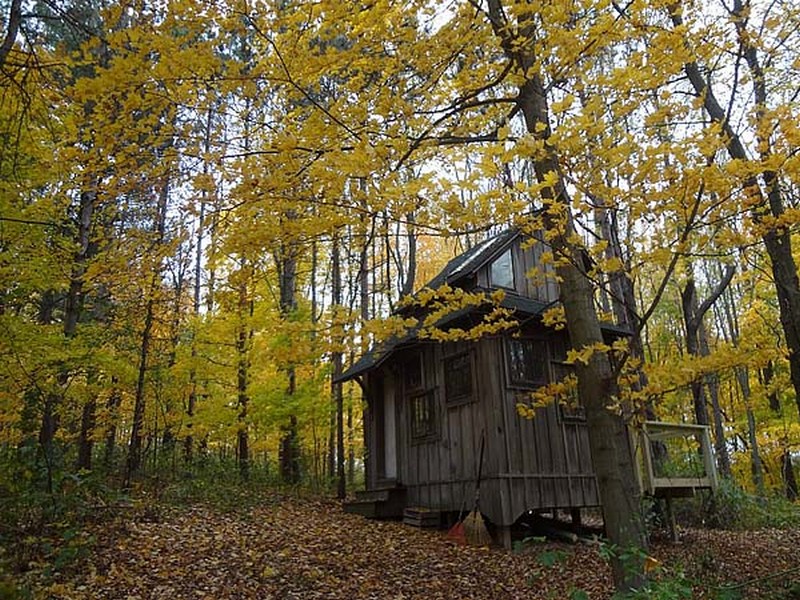 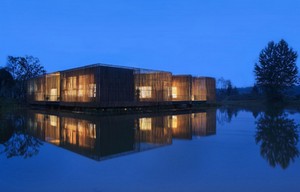 ShiQiao, Yangzhou China – World Consulting & Design (HWCD) Building Area: 400m2 Completed: May 2012 Yangzhou is a city located to the north-west of Shanghai. It is home to Huaiyang-style cuisine which ranks as the top of all eight famous Chinese cuisine styles. Focussed on pastries and snacks as the key components, it’s customary for […] 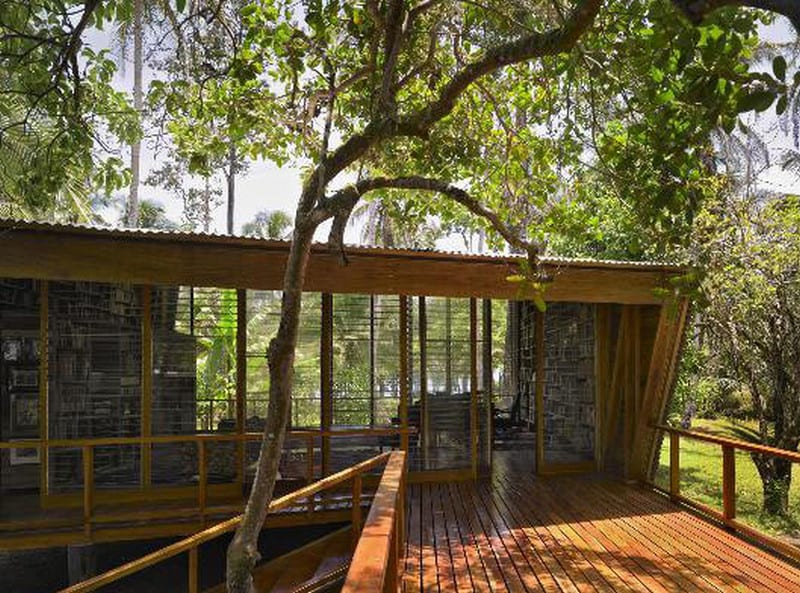 Weaving In The Woods 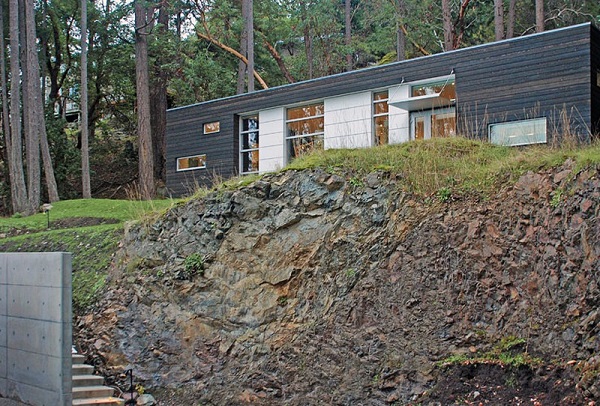 Weaving Studio – Prentiss Architects Location:  San Juan Island, Washington State USAYear Built:    2010Built area:    1250 sq ft (116 m2) I’ve only visited the San Juan Islands once. I was the guest of Ted Brewer, an extraordinary naval architect. I can’t recall how long the trip took from Seattle but it was worth every […]

If you work from home, you probably know how good it is to have a dedicated studio – a place to stay focused away from the everyday household distractions. In this album, there are three very different studios. The first is for a writer, the second for a sculptor and the third, is as a […] 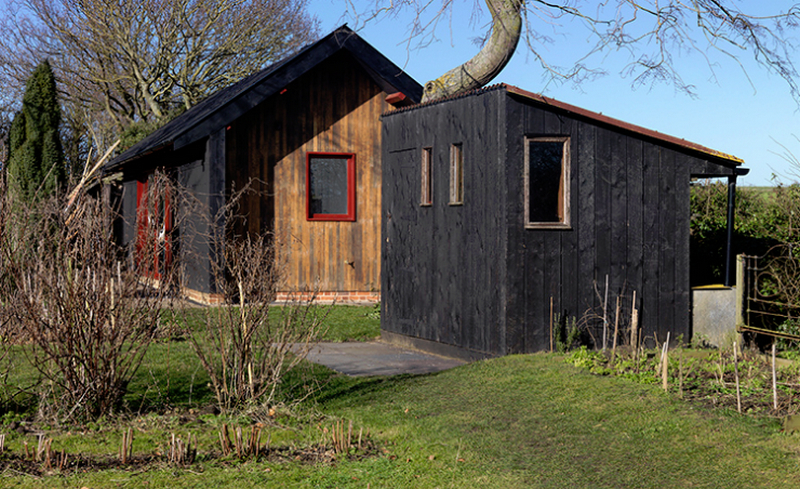 Norfolk  UK  –  Threefold Architects Photography:     Charles Hosea Designed from the ground up to be owner-built and proud of it. Set within the flatlands of rural norfolk and inspired by the local agricultural vernacular this zero carbon artist’s studio was designed to capture the sky.   This simple, linear, black clad building occupies a […] 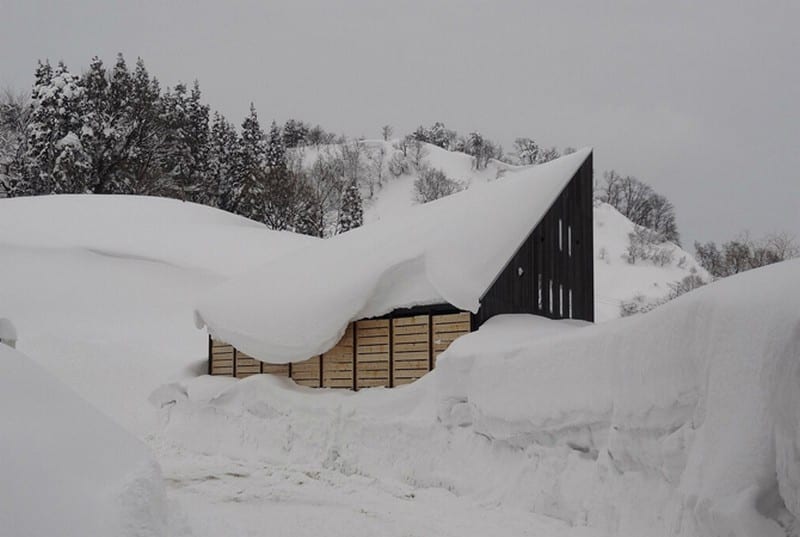 Niigata Prefecture Honshu Japan  –  Andrew Burns Architect Year built:     2012 Built Area:     120.0 sqm Photography:     Brett Boardman Niigata sits on the edge of the Sea of Japan on the main island of Honshu, some 100 kilometres west of Fukushima. The project was born following the collapse of the original 100 year old Japanese farmhouse […] 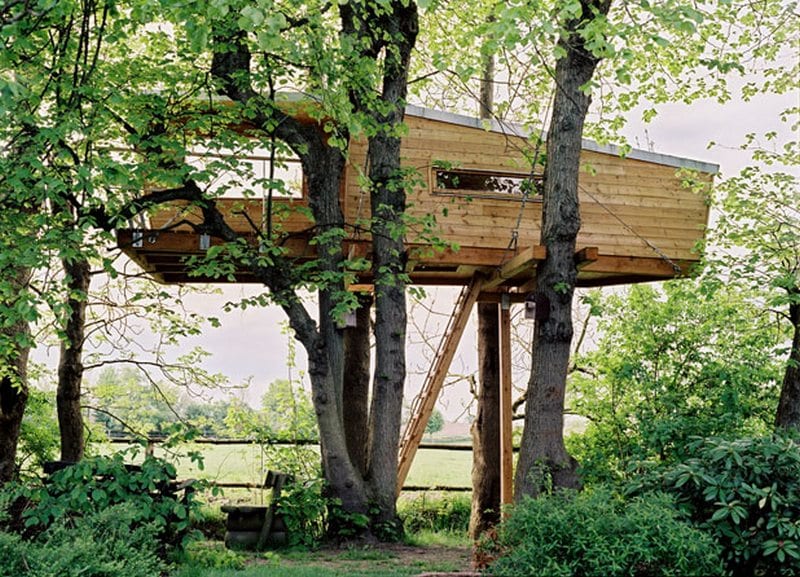 Hechtel-Eksel, Belgium – Baumraum Bookings:     The Treehouse Photography:      Markus Bollen The inspired team at Baumraum have built more than 40 treehouses to date – in Europe, Brazil and the USA.  Based in Bremen, they have focussed on experimental constructions on the ground, in trees and by or on water for children and adults. The designs are […] 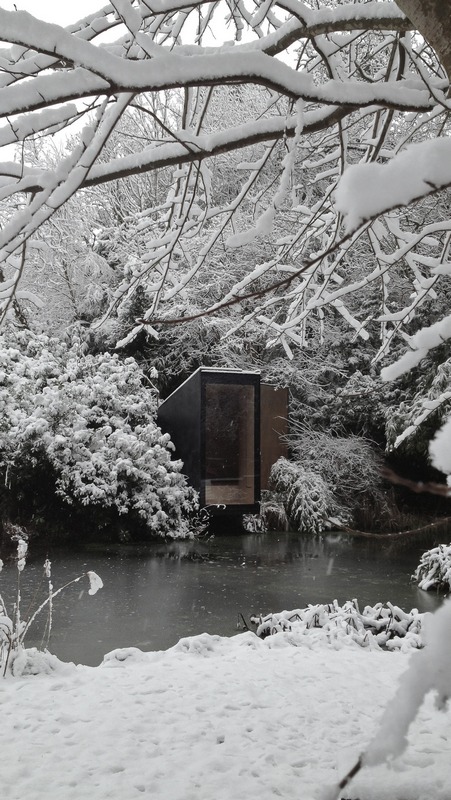 Hampshire UK – TDO Architecture Area:     6 m2  (64 sq ft) Year Built:     2012 Photography:     Ben Blossom The Forest Pond House is in rural Hampshire.  Designed as a space for both meditation and a children’s den it sits at the bottom of a family garden in a wooded area overlooking a pond. […] 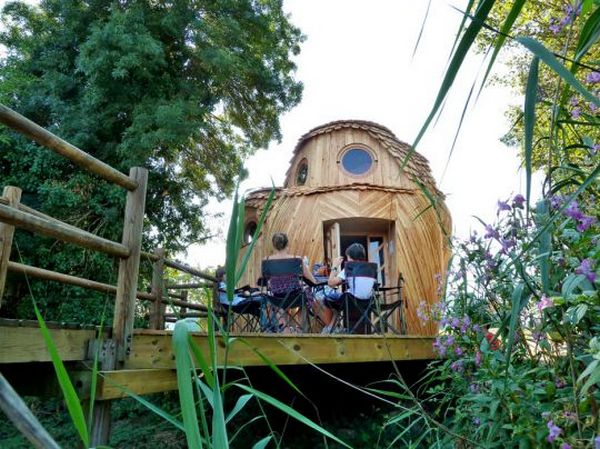 Bordeaux,  France – Bruit do Frigo OK – so like me you’re probably curious about a company that calls itself ‘Noise from the Fridge”.  My French and Google Translate aren’t enough to answer all the questions I had but here is the summary… In a fascinating experiment, these shelters are being built around the periphery […]

Fantastic Tree Houses for the child within… 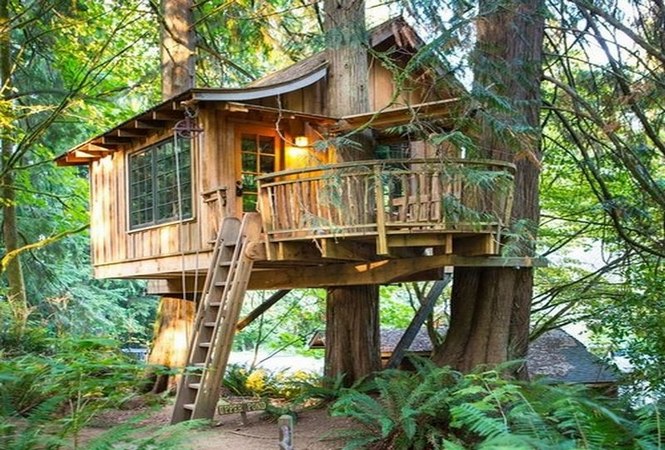 If the idea of a tree house doesn’t stir your imagination, you might want to check that your heart is still beating 😀  The great news is that there are lots of inspired adults around the world determined to fulfil their childhood desires! If looking for a unique and fun-filled vacation option, why not consider […] 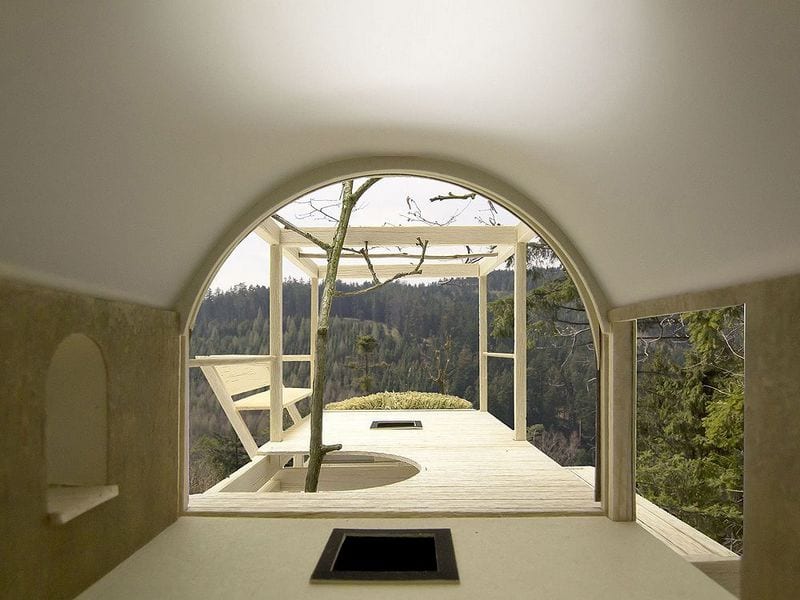 Concept only – A1 Architects This concept is so simple yet so lovely we thought you might enjoy it.  Imagine this in your garden somewhere, birds singing as you read without interruption, breathing in the serenity, hearing leaves rustling in a light breeze.  Sold? Click on any image to start lightbox display.  Use your Esc key to […]