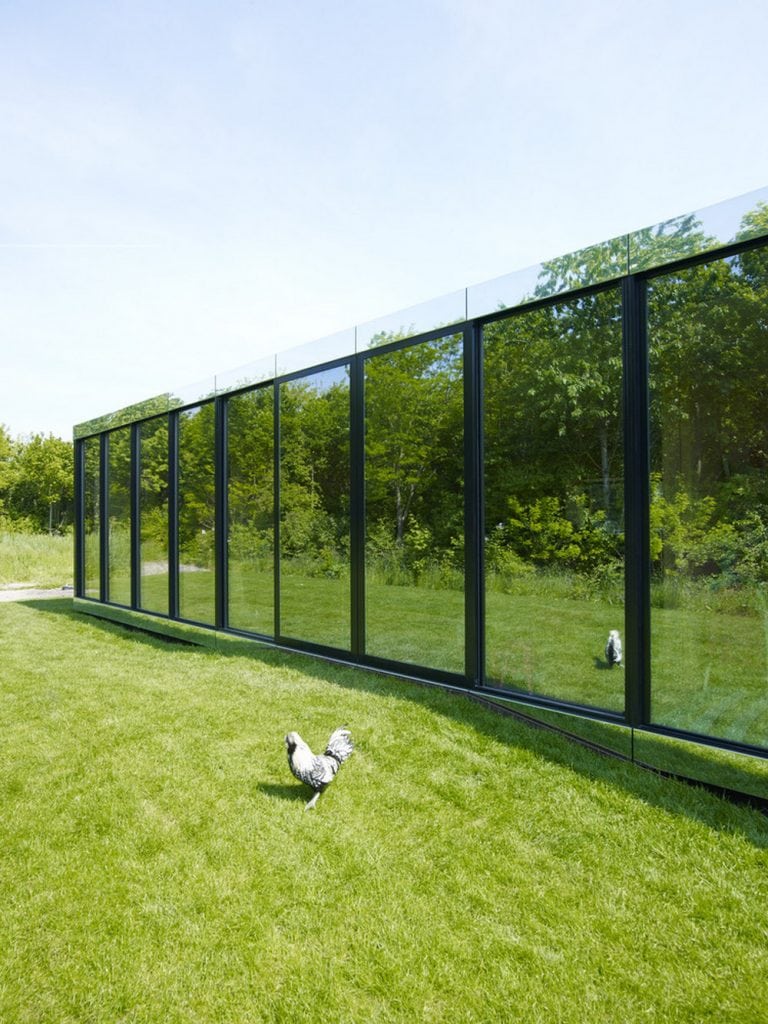 Amsterdam’s Mirror House effortlessly blends with its surrounding landscape. It’s a private residence, the façade of which is fully made out of reflective glass. This makes the small home almost invisible as it projects its surrounding on its exterior.

The home is part of a small experimental housing project were teams were allowed to realize their dream designs. The structure standa in an open area in the Noorderplassen-West forest. The material used in building the house obstructs views to the inside. It acts as a camouflage, providing much-needed privacy to its occupants.

Mirror House’s layout was designed to be small and compact. Despite the size, it is flexible enough to be able to adapt to various lifestyles. Slightly raised floors allow views to the forest. There’s a secret window on the street-side of the façade which overlooks the neighboring plots.

After De Realiteit and De Fantasie, the third edition of small experimental housing settlements in Almere has been launched under the title De Eenvoud. The brief of the competition called for an individual house with a strong relation to its surroundings. The twelve winning teams were given the possibility to realize their designs in an open area in the forest of Noorderplassen-West, but had to find the buyers of the houses themselves.

The Mirror House is a private villa with a facade consisting entirely of reflective glass, which acts as a camouflage and an obstruction of the view of its interior. The floorplan has been designed to be as compact as possible, with the possibility to adapt to different lifestyles. In dialogue with the client, the competition proposal was worked out to the smallest detail, taking a demand for optimum accessibility into consideration. The original concept with a slightly raised floor (for a better view), sliding doors, builtin cupboards and a single-level layout, has therefore been further refined. Long sightlines in the interior make the house appear larger from the inside, and anchor it to its surroundings. All interior walls are covered with a birch multiplex panel, whose warm appearance contrasts with the elegant and strict glass facade.

If you liked this home, you’ll also like The Balancing Barn Vacation Home with its silver-tile cladding.