Tea House in a Garden 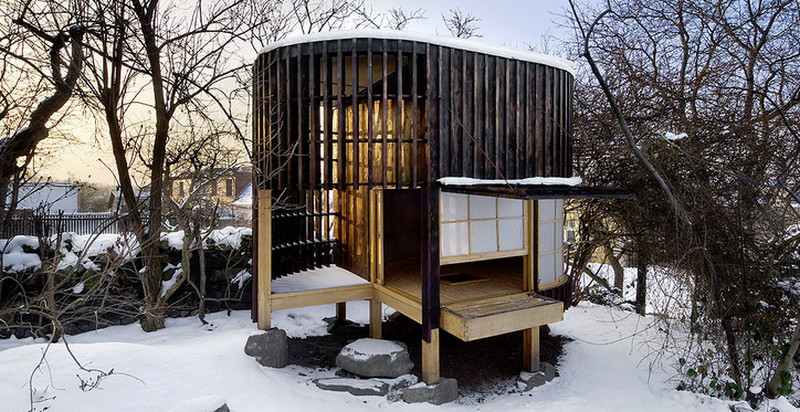 Prague Czech Republic – A1 Architects Built:    2008 Area:     7 m2  (75 sq ft) This firm of architects has a definite penchant and finesse in designing and building teahouses.  They have taken the essence of the classical Japanese concept to Europe. We’ll let the owner do the talking: The Garden At the foot of […]

Ostrava Czech Republic – A1 Architects Does it seem a little incongruous to find a classical Japanese tea house in suburban Ostrava, Czech Republic?  Initially, probably, but why shouldn’t a Czech – or Briton, Canadian or New Zealander, seek the same sense of calm that the Japanese have found for centuries in their back yard tea houses? […] 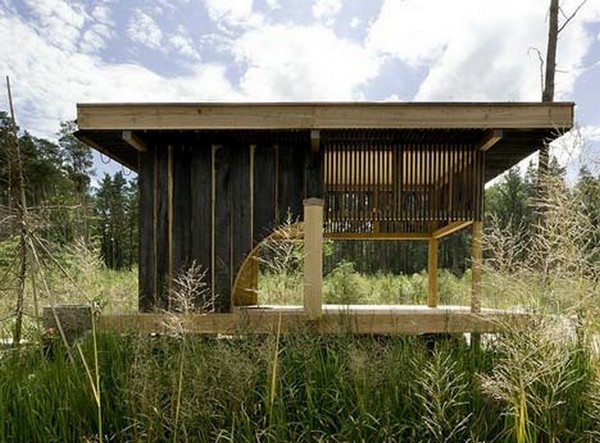 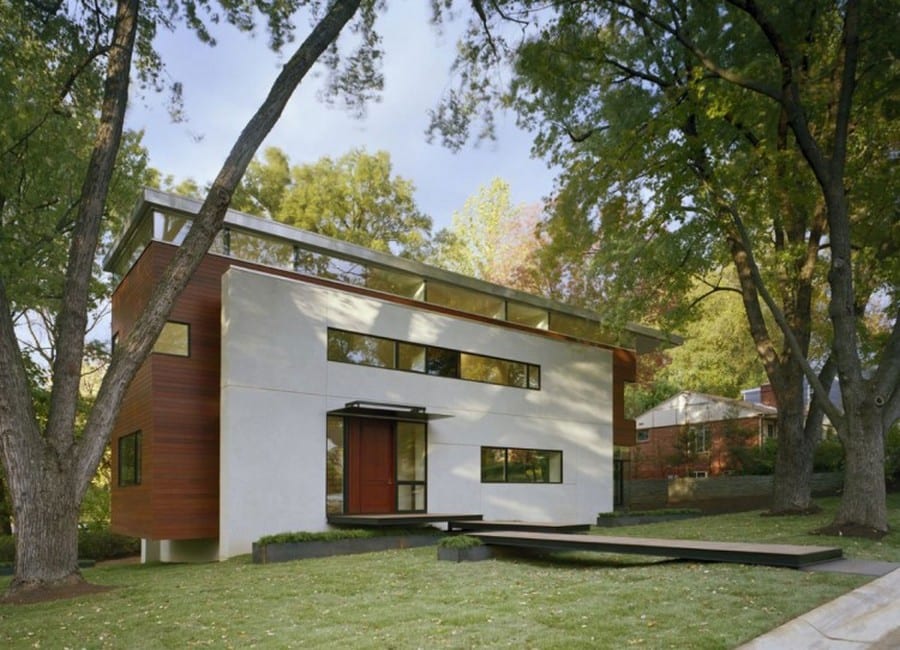 Maryland  USA  –  David Jameson Architect You may recall the controversial Barcode House from this architect.  Here we present a very different, multi-award winning home that is focussed on a centrally hung meditation chamber. Here are the architect’s notes: This small house is organised as a series of volumes nested one inside another. At the […] 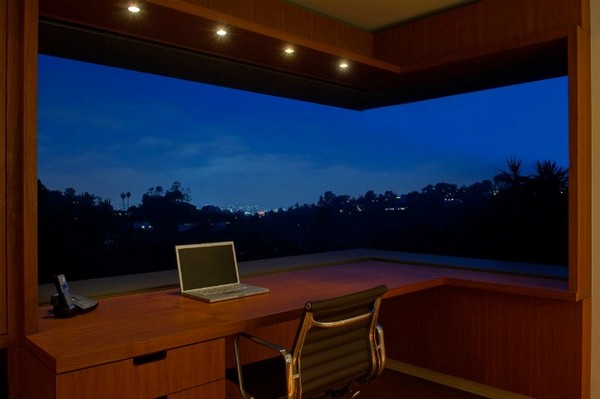 Los Angeles, USA  –  Bertram Architects Built Area: 18.5m2 (200 sq ft) Designed as a quiet space with minimum distraction for a writer.  Furniture is plain and built in to both maximise the available space and avoid distraction. Here are the architect’s notes: “Inspiration for the home office came from the “Russian word пустынь or poustinia (which literally means […] 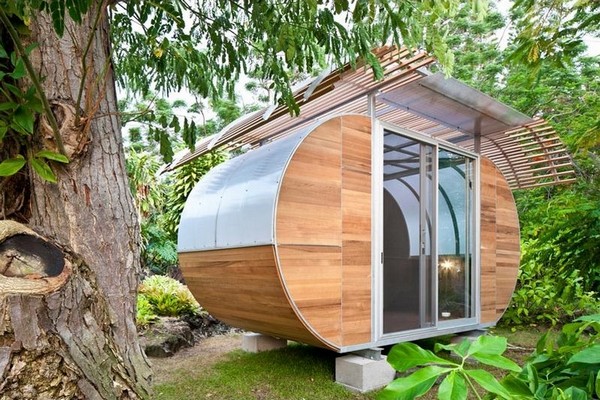 Big Island, Hawaii  –  Bellomo Architects Photography: Drew Kelly Yesterday’s post about prefabricated housing certainly seemed to ‘hit the spot’.  Here’s another very interesting alternative to conventional, on-site construction. All of the components can be made off-site and assembled and completed in just three days.  The uses are limited only by your imagination – granny […] 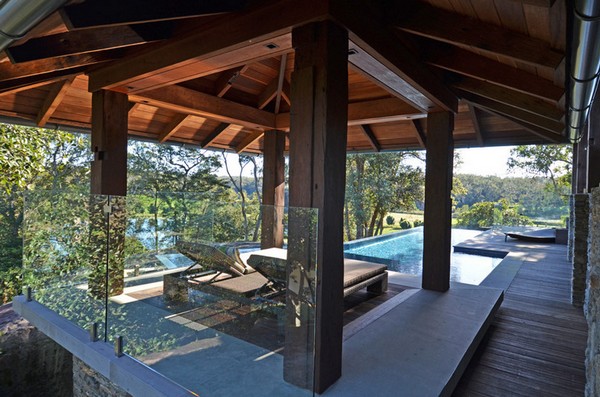 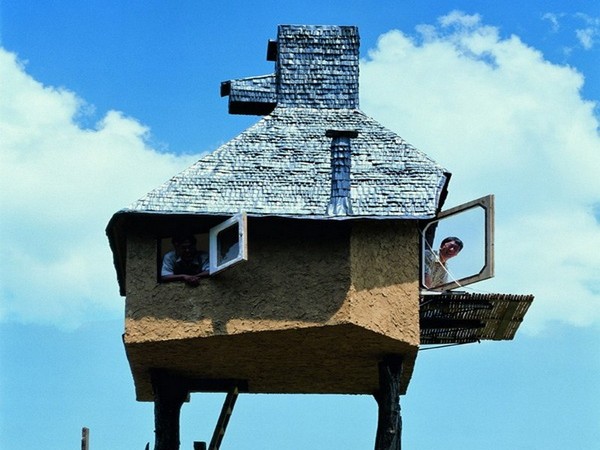 Nagano Prefecture, Japan – Terunobu Fujimori Photography: Edmund Sumner Teahouses are an essential component of Japanese culture.  They are very quiet. restful places typically designed and built by the owners to increase intimacy with the space. Takasugi was designed and constructed by architect Terunobu Fujimori on a family plot in Chino, Nagano Prefecture. The tree-bound tea house sits atop […] 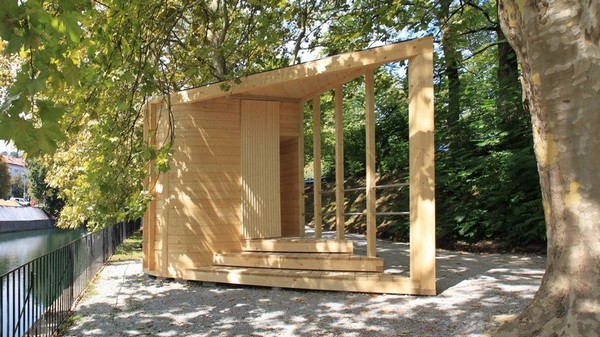 Ljubljana, Slovenia – Kieran Donnellan Year built: 2012 Photography: Courtesy of Water Temple Workshop MEDS – Meeting of design students – was founded in 2010 by students from different countries and different departments of design. It was created with the intention of integrating architecture, interior architecture, industrial design, graphic design into a cohesive group. The […] 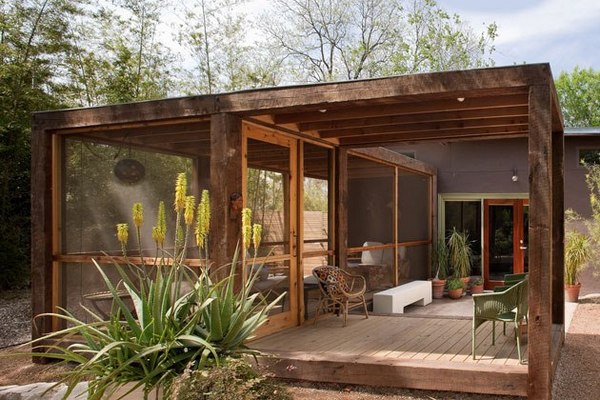 San Antonio Texas  –  Poteet Architects Imagine a warm, balmy night, good friends, a glass of wine and a soft breeze as you enjoy the outdoors.  Sounds wonderful until the bugs start joining the party. Here’s a very nice solution that adds a lot of usable space without breaking the bank account. Like decks, a […]

Under the Moonlight House 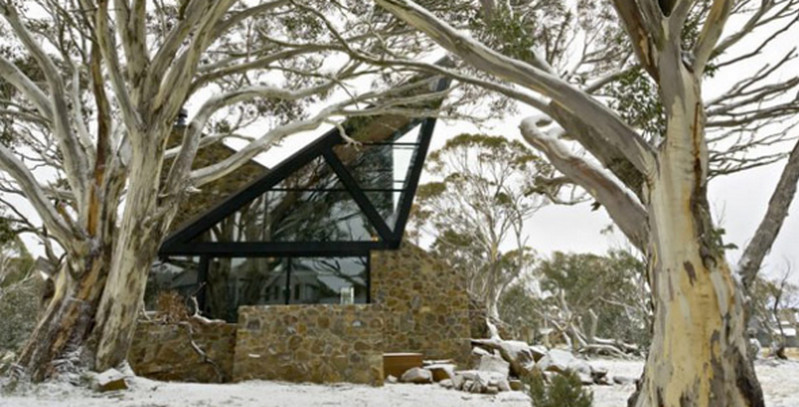 Mt. Hotham Victoria Australia – Giovanni D’Ambrosio Australia doesn’t have many areas where it snows and even then, it doesn’t stick around for long!  (Australia’s highest mountain, Mt. Kosciuszko, is only 2,228 metres (7,310 ft) above sea level.)  A very good season in our ski fields is about 10 weeks.  If you build an alpine cabin […] 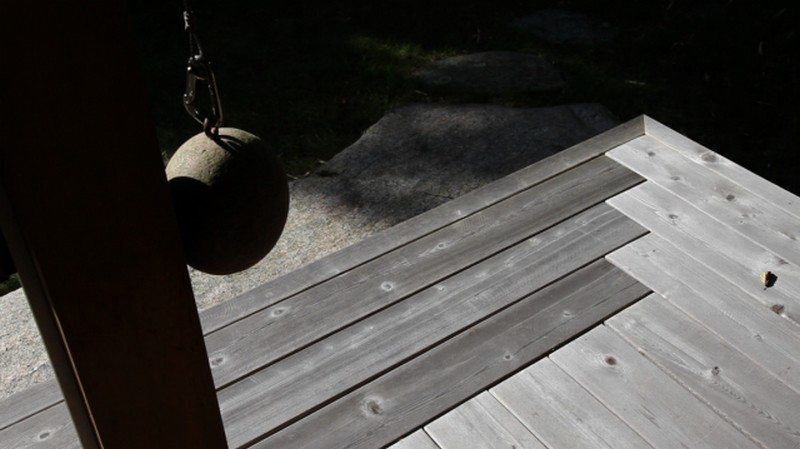 Stoney Creek, CT  USA  –  Naomi Darling Architecture Photography by Sean Kernan This stunning, minimalist teahouse is in Stoney Creek, Connecticut.  Designed by architect Naomi Darling, it features local and recycled materials to achieve a simple elegance. The stone came from a local quarry, while bamboo was harvested on-site.  The roof is made of recycled metal. “Tea, […] 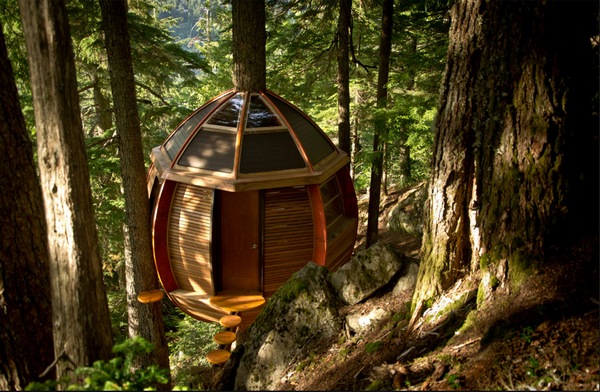 Whistler British Columbia – Joel Allen Gone forever now, but what an interesting story this is! Built on public land, this home lead the owner (borrower of public space?) to a new beginning. Built from materials sourced free on Craigslist, it’s proof of human resourcefulness. “Like so many wonderful accomplishments, the HemLoft sprang from broken […] 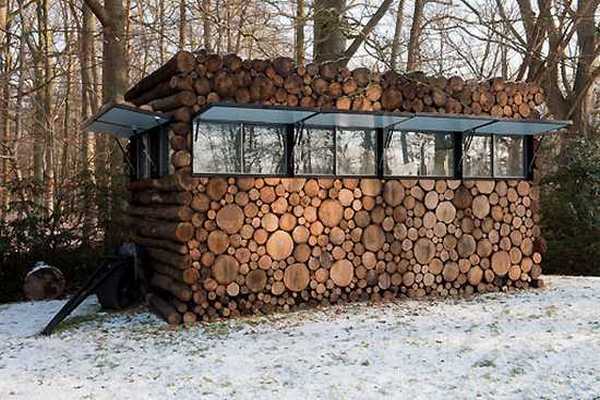 Hans Liberg Music Studio Holland – 2010   Photography by Thomas Mayer Don’t like the view?  Move… this amazing log studio is on wheels!  Further proof of the beauty of small buildings.  Designed by Dutch designer, Piet Hein Eek, this music room/studio is built on a wheeled chassis for easy transportation.  Look closely and you’ll notice […] 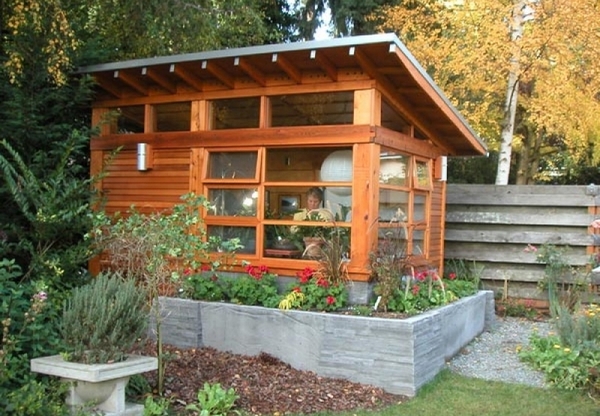 Bellevue, Washington – McConnell Built Year built: 2008 Photography: McConnell Built Seattle based Andy McConnel had nothing more in mind than a practical tool shed when he first planned this structure.  The concept changed and grew to become a peaceful retreat for his step-mother, who was recovering from cancer.  It gave her a peaceful sanctuary in […] 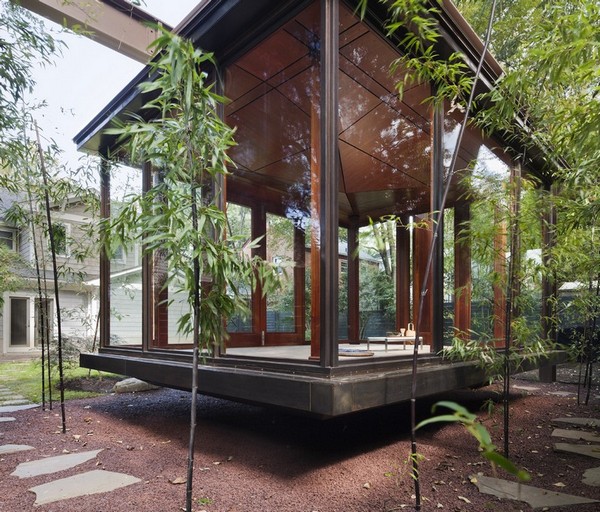